Development of a modern IT infrastructure

CAD/CAM Integration as a basis for Industrie 4.0

As a manufacturer of innovative drive components and systems for various industries, Voith Turbo is implementing Industrie 4.0 and positioning itself early to meet the fast changing demands of the market. Voith Turbo’s long-term goal is to fully integrate its computer-aided manufacturing: from the product development, to the programming of the machines, and ultimately to the automated manufacturing.

The goal of the project with UNITY was to develop a modern IT infrastructure which allows future-oriented production by digitalizing all of its processes. In order to fully integrate and create a Smart Factory, not only CAD/CAM needs to be the focal point, but vertical levels also need to be taken into consideration. UNITY recorded, analyzed and evaluated the “as is” processes as well as supported systems at all five production sites. A sustainable and transparent plan for “Industrie 4.0 Readiness” was recommended based upon the results of a subsequent market analysis, for which UNITY created and compared various Industrie 4.0 solution scenarios.

A seamless fusion of virtual CAD/CAM/simulation processes producing real goods of the highest quality was sought through ongoing digitalization. This value chain allowed for the additional vertical integration of MES and ERP systems with real-time control of production, as well as the seamless connectivity of clients and suppliers. Voith Turbo is one of the first companies to implement Industrie 4.0 and benefits from UNITY’s expertise. Together, feasible solutions were developed and Internet of Things and services will be implemented step by step for Voith Turbo.

“We have developed a sustainable IT infrastructure that fulfills our production requirements through UNITY’s competencies. An overall view of the entire process chain as well as their systemic and organizational research resulted in a holistic picture from the start. The roadmap that was developed with UNITY showed us the way to Industrie 4.0.” 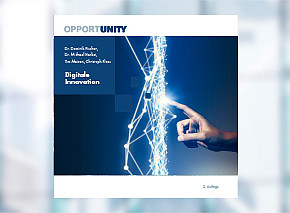