SCHOTT‘s 42 production sites around the world are characterized by different types of production and varying levels of digitalization. The OT (Operational Technology) organizations are also heterogeneous and lack comprehensive leadership. This impeded further growth. SCHOTT‘s goal was to create synergies across locations, define standards and establish a higher level of leadership in order to enable efficiency and growth. In this project with UNITY, digitalization and architectural trends were thus combined with specific production potentials.

Based on a site analysis in regard to the respective digitalization capabilities, a uniform, company-wide IT/OT architecture was developed for production. Then concrete technologies, projects and initiatives were derived that would enable the digitalization of operations and thus ensure speed, flexibility and scalability in increasingly faster moving digital markets. In order to bring the architecture to life, the project team develo- ped a modern hub organization that included necessary governance structures. The change process can now be consciously controlled due to the transparency that was created and the introduction of modern forms of collaboration. 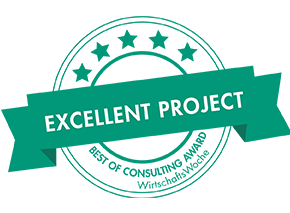 With this project we won the "Best of Consulting" Award of the WirtschaftsWoche. Learn more about our awards!

“Together with UNITY, we have positioned SCHOTT for the future in terms of technology and organization. We have set up a globally valid IT/OT target architecture as well as a modern hub organization with an associated ecosystem. Above all, the UNITY consultants impressed us in their management of all the involved stakeholders, target group-oriented communication and their extensive technical expertise.”

Implementation roadmap for smart manufacturing by 2025 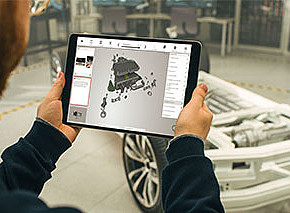 Are you interested in a Smart Manufacturing project? Find out more about our industry expertise in the area of Smart Factory.

Learn more about our consulting services in the area of IT architectures, platforms and EAM.